Only a week ago, I took a scouting trip to North Carolina and while there were intersections with new cultures, new foods, new neighborhoods…the one I’m reflecting on happened during the plane ride back.

Having been in the South, in the “country” (according to me), I was like, “hell yeah, California!” when I saw a chick with a green buzzcut in line for the return to Oakland flight.  I hadn’t seen a tatted, nose-ringed, colored hair person all week.

Almost 4 hours later as we started to descend into the Oakland airport, I turned and the buzzcut girl was directly across from me in the mildly-staggered rows and she looked like she was crying. Someone signaled the attendants who were previously aware of a special situation because they had come by earlier and asked whether the woman was driving or being picked up after landing. Now, the passenger was doubled over and began retching, so the female attendant came back with oxygen.  The other, male attendant, said, “the change in air pressure as we descend is causing this.”  The male attendant came back with a throw-up bag, for lack of a better word. The passenger said, “I don’t want to die,” and the attendant somewhat cynically said, “you’re not dying.” When she vehemently said, “I AM! I AM dying! They gave me 2 months to live. I’m scared,” the attendant paused; he and I looked at each other, then he started asking questions and writing on his glove.  “Is that why you were in Nashville?” “Is it stomach cancer?” “What medications are you taking?” “How old are you?” I grabbed a notebook out of my purse, wrote down the answers for the medics, and then just reached over and held her hand. I said it’s okay to be scared.  I asked her name. Her age: 26. 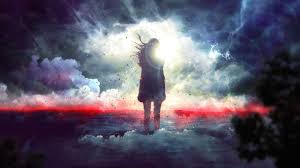 When the pain was bearable, I was still holding her hand across the aisle and the attendants left to arrange medical attention.  The guy came by and just stared at my arm stretched across the aisle before he cleaned up the used bags and paper towels.  I think he was going to tell me I couldn’t block the aisle, but decided against it.

I asked her if I could call her wife to meet at the medical area and she just looked at me without speaking, then her hands curled and started shaking and then her body and she slumped onto the seat in front of her.  We yelled for a doctor or nurse on board and two women got up and pulled her out of the chair to lay flat. In such a narrow aisle, one held her head, one held her feet and I helped her stay on her side until the seizure subsided.  When she regained consciousness, she panicked and thrashed about, confused about her surroundings and being held by strangers. I asked if she remembered me, and she nodded cautiously.  So she took my hand again and I told her it’s okay, we’re still on the plane.

The plane landed as this was happening.  I heard and felt the skid as we touched ground; there were 5-6 people clustered in the aisle.  Something in the back galley crashed back and forth –  I guess the oxygen tank left untethered in the medical emergency. She stayed on the floor holding my hand until the paramedics retrieved her.

I got annoyed with passengers who started thanking me for help, when honest to god, I did very little to make a difference or rather, whatever I did do…couldn’t make that big a difference.

And so, an experience. Scary, sudden, memorable, heart-wrenching, saddening, tragic, unfair, helpless, real.  Life is full of unpredictability, giving us little time on the giving end or the receiving end. So little time.