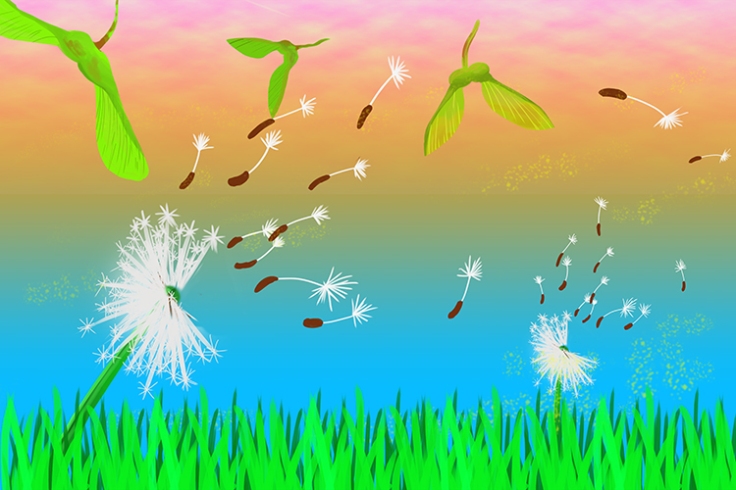 Once the seeds of distrust are sown, they are inadvertently flung far and wide.  Take for example my landlord, who pushes boundaries and has felt so entitled as to say she was planning a party in the backyard (yes, the tenant’s backyard) and that her live-in guest will come over and roam around the garden at will.

Granted she lives only 2 doors away and her unkempt backyard gate opens (in fact, is never closed) onto my backyard, but my understanding of rent and leases is that I am paying for exclusive and private use of the property for which I’ve signed a legal agreement.

In the interest of playing nice, I haven’t objected to an occasional visitor painting in the backyard and friends that she may want to walk around and talk plants with.  I did once go outside and yell at a stray person picking apples. How do I know it’s not a squatter? a homeless?

Early on in my two year tenure, I came home and the sidedoor deadbolt has been engaged and the laundry room door separating the laundry from the kitchen was closed.  So I knew someone had been in the house.  I quickly made my expectations (and the law) clear to the owner that unauthorized access without 24 hours notice will not be allowed.  A few weeks later, I found a dustpan on top of the bin in the garage. Guess what, the garage is also off limits.  I read her the riot act that time, since that was the 2nd example of unauthorized entry.  She retaliated with a 6 page letter full of character references which I refused to read.  And a few times, she just came to the back door and asked a question, or asked if I knew the garage door was open or whatever.  So I gently and firmly reminded her that she can’t just come by at will.  After this latest transgression, the owner wrote multiple emails about “my stinginess” and how I’m not the person she thought I was when she rented to me and how I should assume this is a ‘shared yard’. And most

recently, she’s set up 2 chairs under the back deck so I can’t see if somebody is there unless I go outside and down the back steps.

Which has only served to make me even more suspicious because now, she’s being defiant. (Those of you that know me know that I’m passionate about renters rights, so rest assured I am gathering all my evidence and will bring this annoying situation to a head when I return from vacation later this month.)

As we move into a more connected lifestyle societally, it’s just so easy to identify a solution through technology, so I bought a home security camera to be alerted if someone, be it ‘friend or foe’, comes in while I’m gone.  I’ve recently relocated it to scan the front room, kitchen, den and some of the backyard if the drapes are open.

Added bonuses are that I get to see Casey the cat jump up onto the kitchen counter every day, sometimes twice a day which I didn’t know and which I thought she was getting too old to do, and I get to see the other cat Schmitter sleep. Even more.  Most importantly, my imagination can also take a rest.